While there are more interesting targets which could be manually analyzed with the new features provided in the Profiler, I decided to write a small post about ELF, also because official support for ELF will be added sooner or later.

Let’s start by importing the types contained in ‘elf.h’. You’ll probably find this header in ‘/usr/include’. Everything we’re interested in is in this file, so we can avoid importing other stuff. I added some predefines in order to avoid includes:

Then I pasted ‘elf.h’ into the Header Manager after the HEADER_START directive and clicked on ‘Import’. 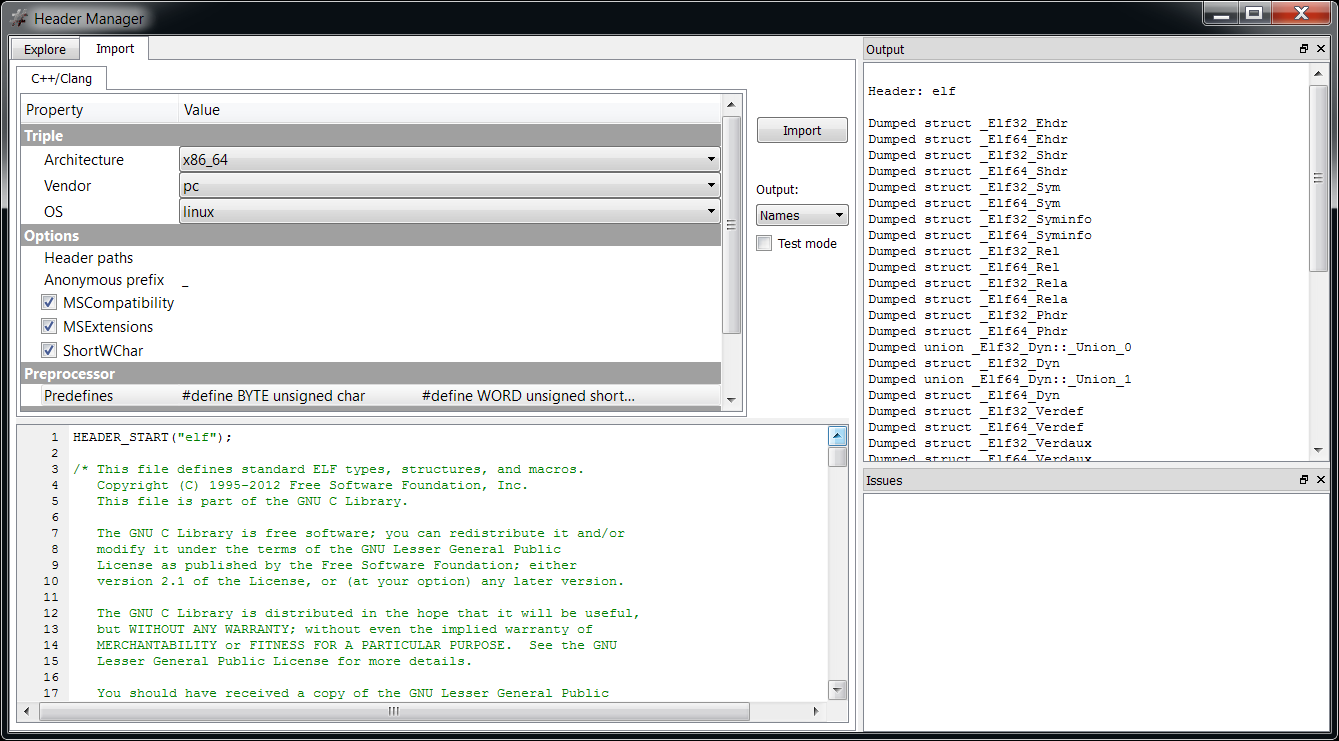 We now have a header (elf) with all the types we need to start the manual analysis.

Since this is just a demonstration I didn’t do a full analysis of the ELF format. I limited the scope to finding the imported symbols and their strings. 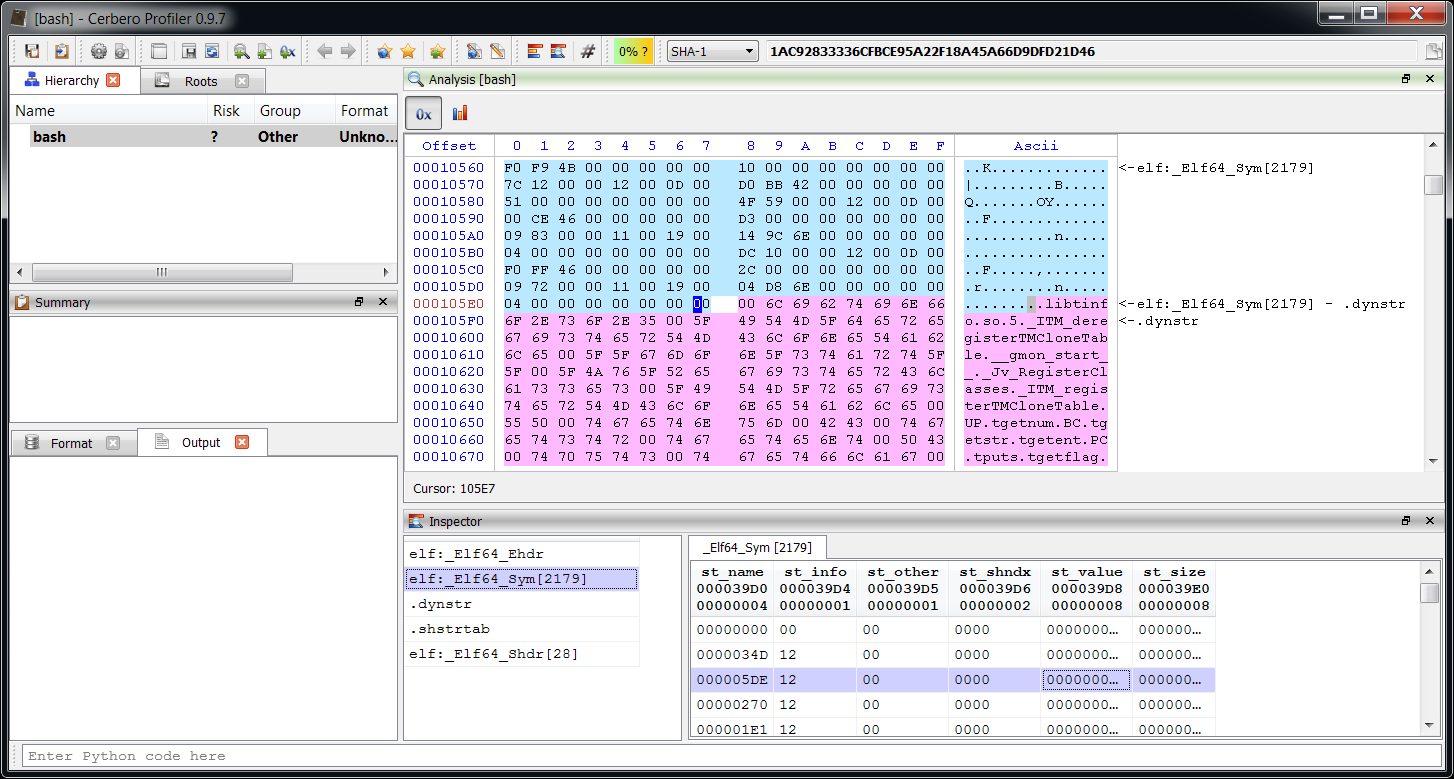 Every ELF starts with a _Elf64_Ehdr header (Elf32_Ehdr for 32-bit files, in this case it’s a 64-bit ELF). The header specifies the offset, number and size of the sections (we’ll just assume the standard 0x40 size here). The ‘name’ field of sections is just an index into a ‘SHT_STRTAB’ section whose index is specified by the header. The contents of a section are specified by its type, so finding the symbol table is pretty straight-forward. In this ELF we have a SHT_DYNSYM section. This section is just an array of _Elf64_Sym structures. Again, their ‘st_name’ field is just an index into another SHT_STRTAB section (the interval in the screenshot named ‘.dynstr’).

As already mentioned in the previous post, we can create a layout programmatically as well:

Moreover, the imported types can be used to do other operations not related to layouts. For instance let’s write few lines of code to print out the symbol names for this ELF:

The output will be:

Rememebr that the advantages of using CFFStructs rely not only in their dynamism or easiness in displaying them graphically, but also security. Contrary to a structure pointer in C, there’s no risk of crash when accessing members in a CFFStruct.

Today some final tests will be performed on the new version and if everything goes well, it will be released tomorrow or the day after. So stay tuned!