Since there are many improvements and additions, here’s a list with the most important ones:

This version prepares the ground for the next .6 version, which as I expect will be very interesting. However, even in 0.8.5 there are many useful new things, so in this post I’ll just do a tour of those which might need an explanation.

This means that files with a risk factor > 0 are now highlighted with different gradients of orange (low risk) and red (high risk). This is true for the new file system scan results table, which by the way is now blazingly fast. 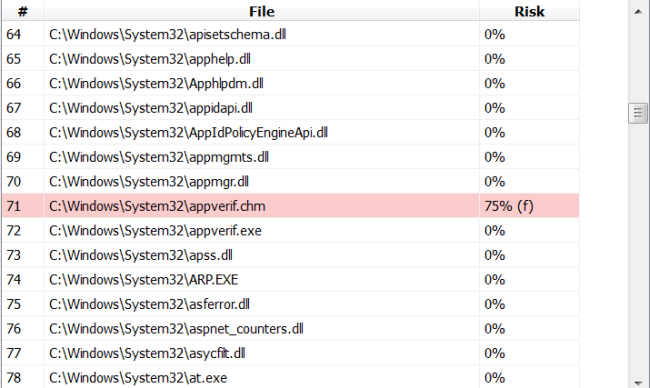 But also for the file hierarchy itself.

It’s possible to jump to files with risk factor > _customizable_threshold_limit_ with F2 (next) and Shift+F2 (previous).

It’s pretty clear that an executable can contain native code, right? It’s expected to, just as a font file is expected to contain its specific bytecode. These characteristics are intrinsic to these file formats and as users we might not desire to be alarmed by that.

By enabling this new handy option, these factors will no longer contribute to calculate the risk of a file. 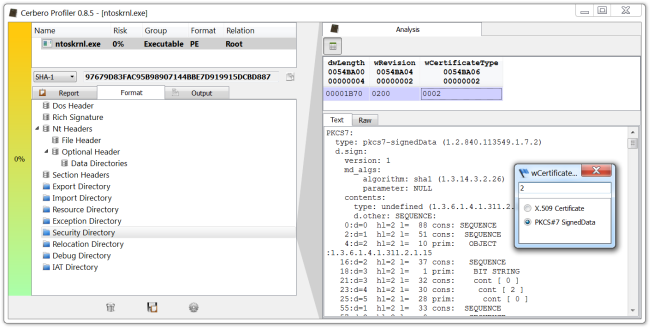 This month we will post about some new interesting features and the PE analysis series will be continued. 🙂