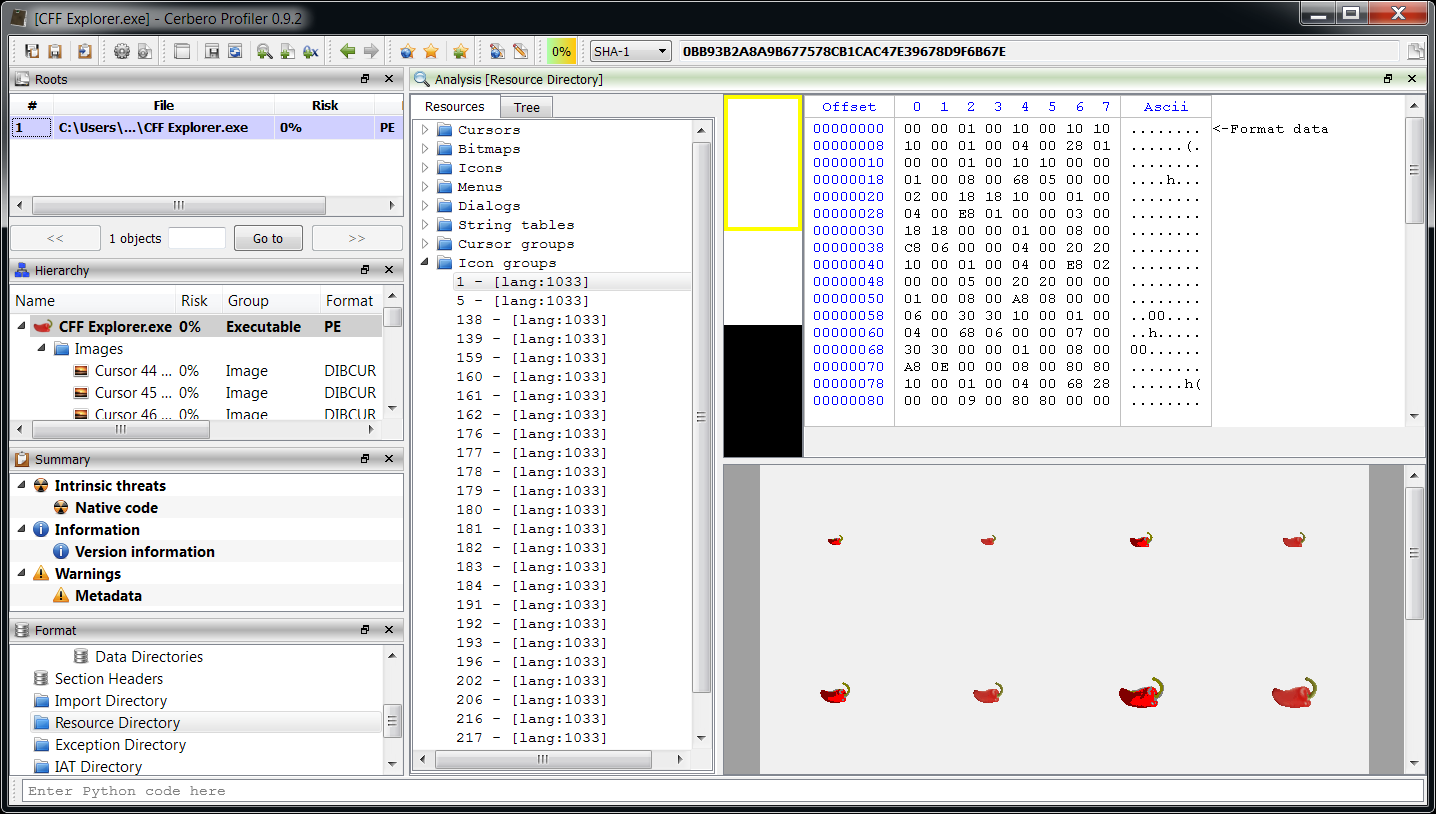 Since media elements are rendered through third-party code, the Profiler displays a warning box before actually rendering a media element. 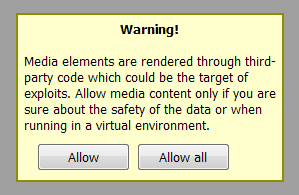 The ‘Allow all’ button allows media elements for the current session only. If the Profiler is running in a safe environment (like a VM), the user can decide to permanently disable the warning box and allow all media elements.

Last but not least, text-only preview of Office Word Documents has been introduced. This allows users to safely inspect the text content of a document without processing the file with an official viewer which could be the target of exploits. 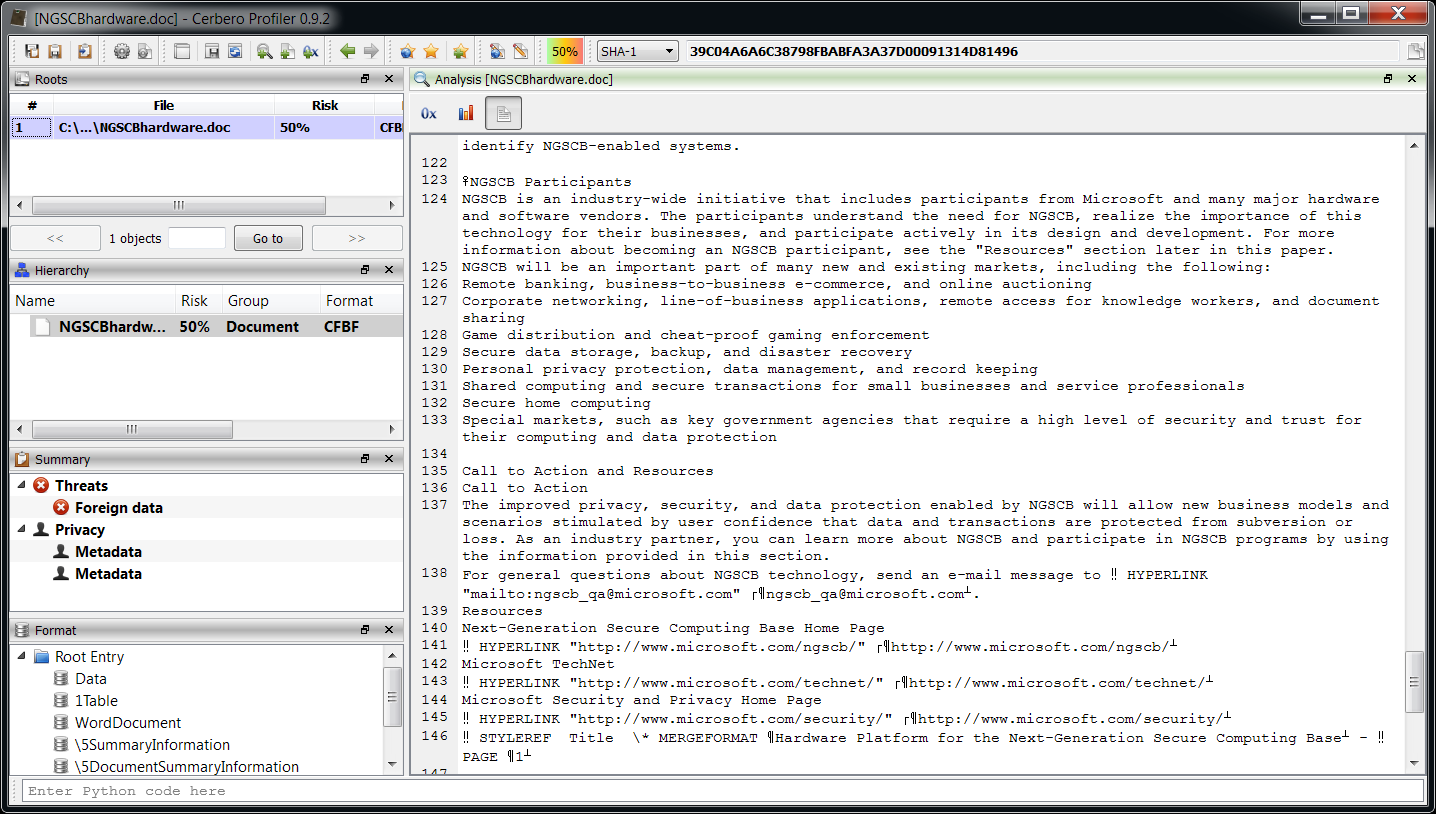 While there are already enough new features to release, some smaller additions will be squeezed into 0.9.2 during the next days. Stay tuned!