The upcoming 1.1 version of Profiler includes support for TIFF image files. This addition completes the list of most popular supported image formats (JPEG, PNG/APNG, GIF, BMP/DIB, TIFF). The support was actually already partially there, because the Exif format (which is just an embedded TIFF) inside of JPEG files was already supported since the first public version of Profiler, but somehow the actual TIFF support hadn’t yet been added. 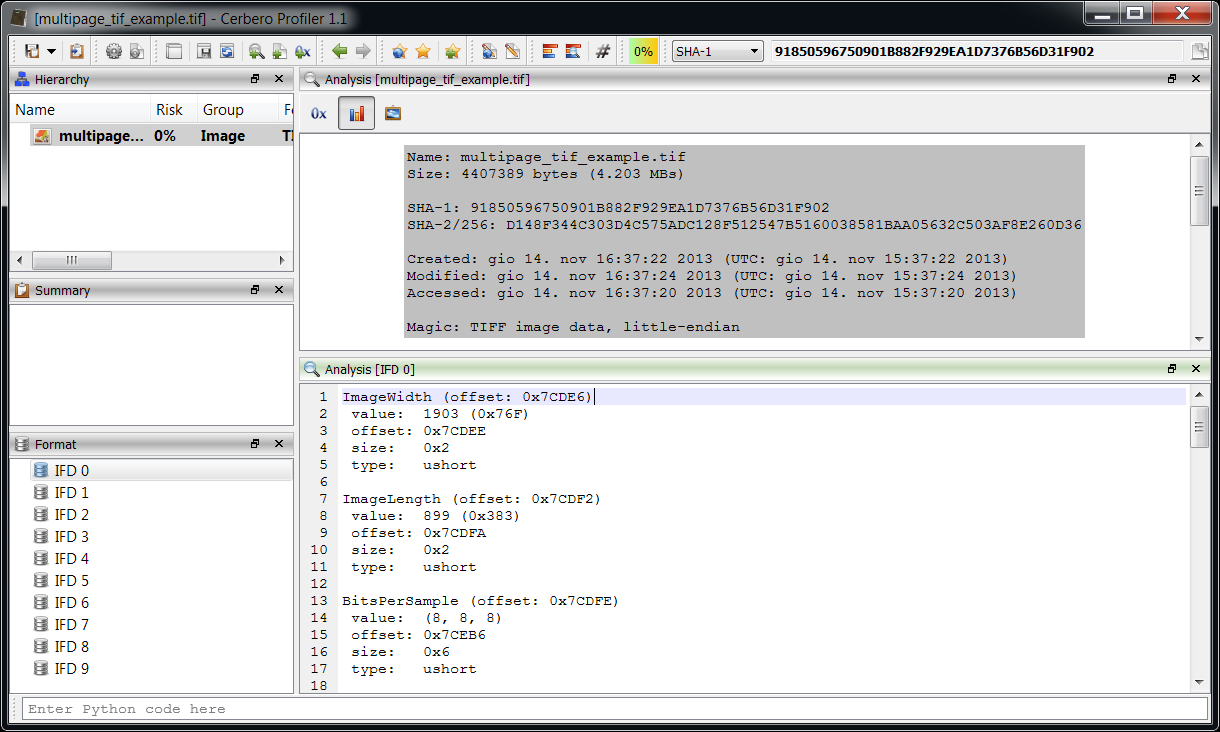 In a few days the new version will be released.