We’re happy to announce the release of Cerbero Suite 3.4! 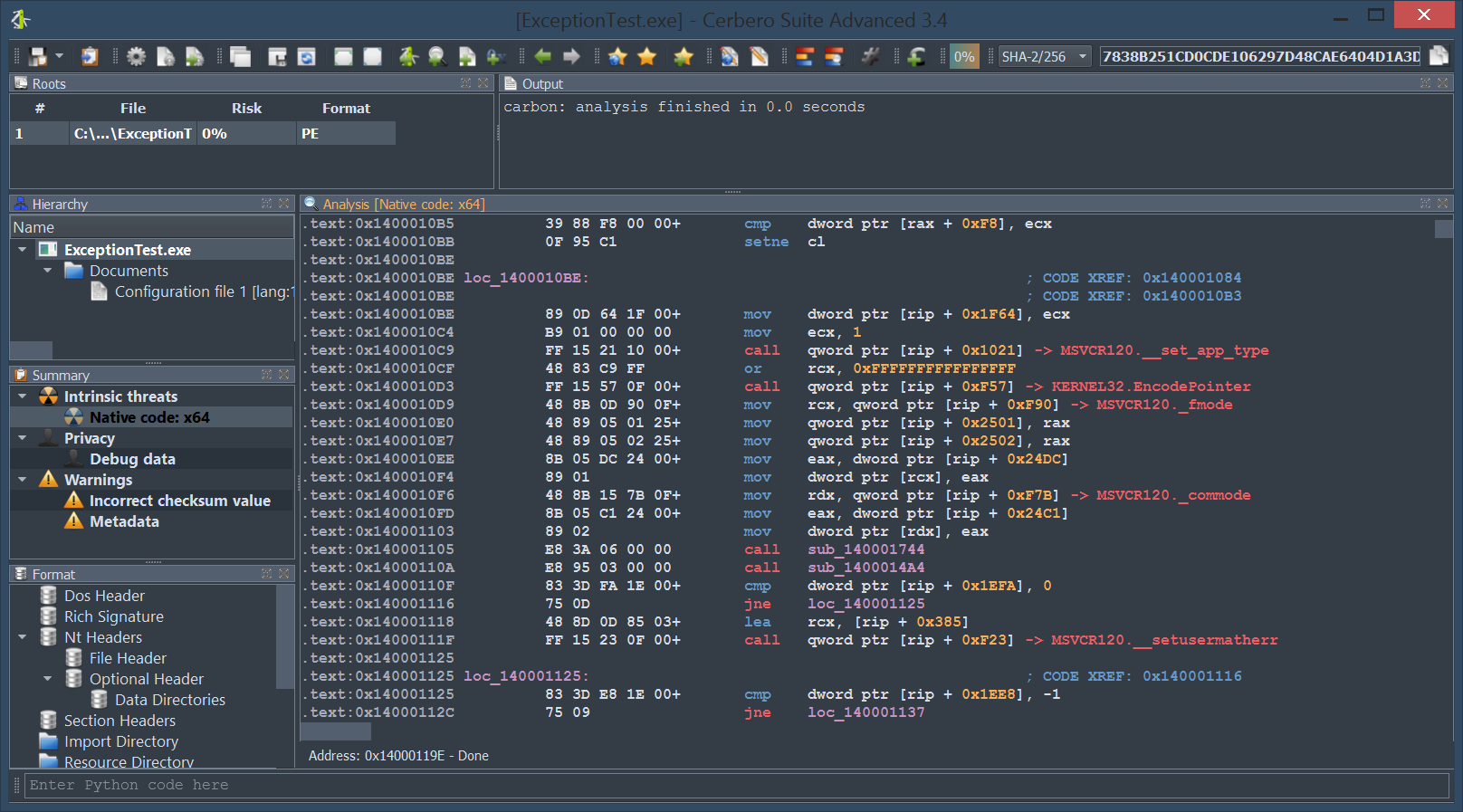 This release comes with tons of improvements:

As you can see from the screen-shots in this post, we have introduced the Mariana theme. I think it’s even easier on the eyes, than the Monokai one.

The Ghidra native UI is now compatible with the latest 9.1-BETA and has been further improved!

Deployment on OS X has been greatly improved by removing the external Python dependency. Just as in the Windows and Linux version, the OS X version now embeds Python.

Also interesting for OS X users: a new instance of Cerbero can be spawned from anywhere in the program by pressing Ctrl+Alt+N (or by clicking the relative toolbar button). This works on other platforms as well, but on OS X it’s especially useful.

The main new feature is the introduction of a script editor for Python and JavaScript. You can open as many editor as you like in a single workspace by running the relative action (or in the case of the Python editor by clicking on on the toolbar button). 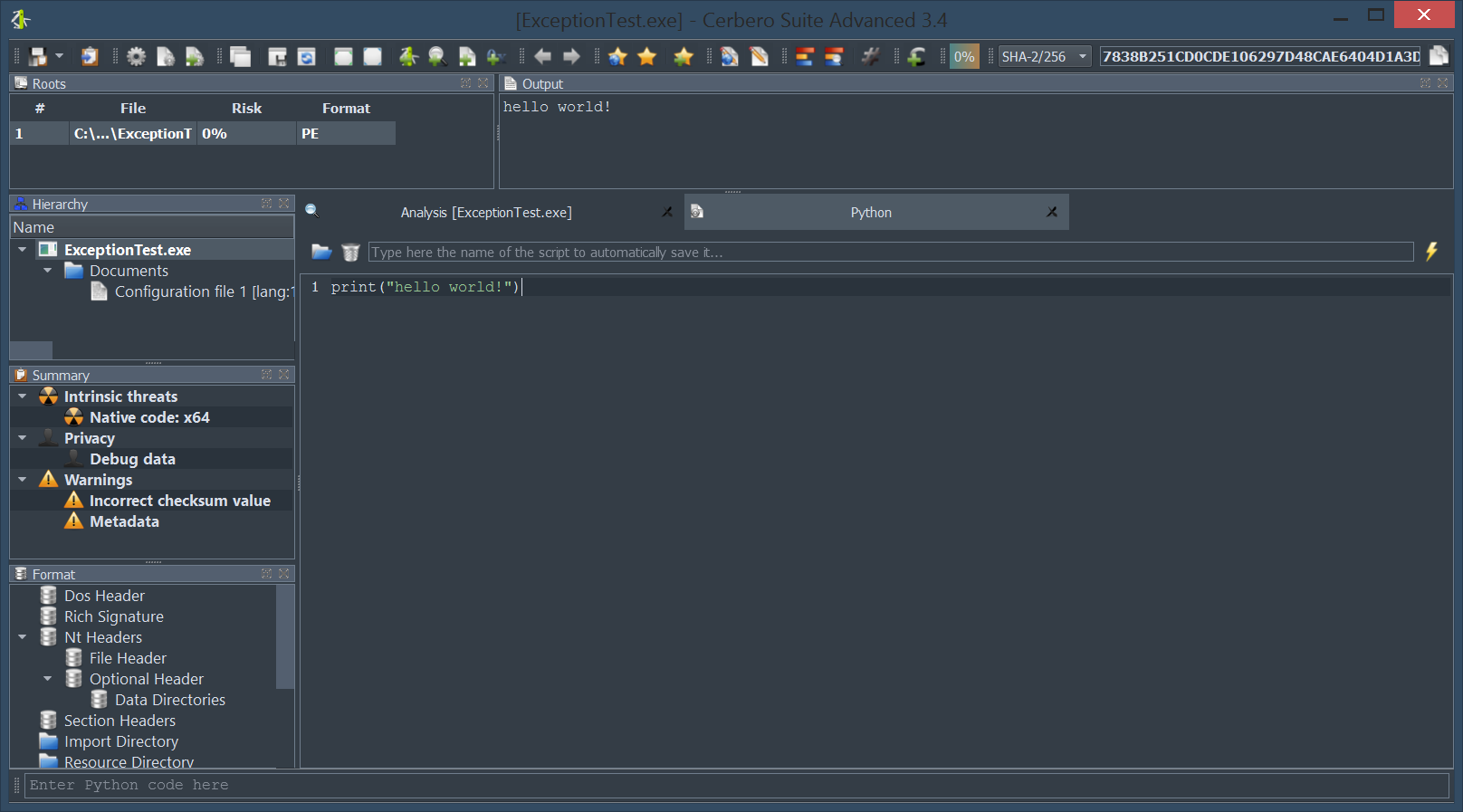 Script editors are intended to make writing scripts and executing them extremely fast. They provide a simple mechanism to save scripts and open them by just setting the name of the script. The JavaScript editor also offers a debugging shortcut.

To make the writing of scripts even easier, there’s a new action to insert a Python code snippet. 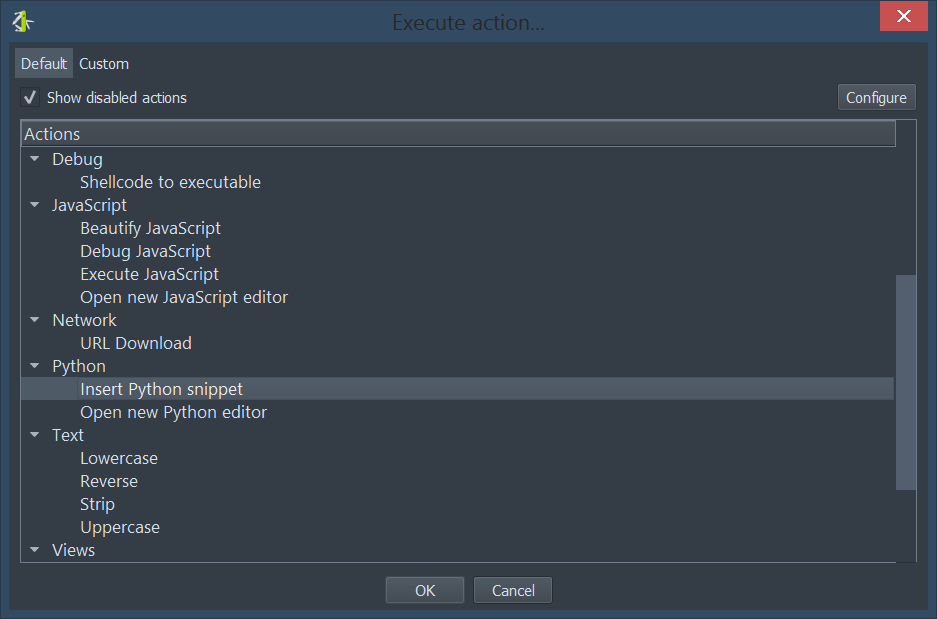 You can choose from a selection of useful snippets. 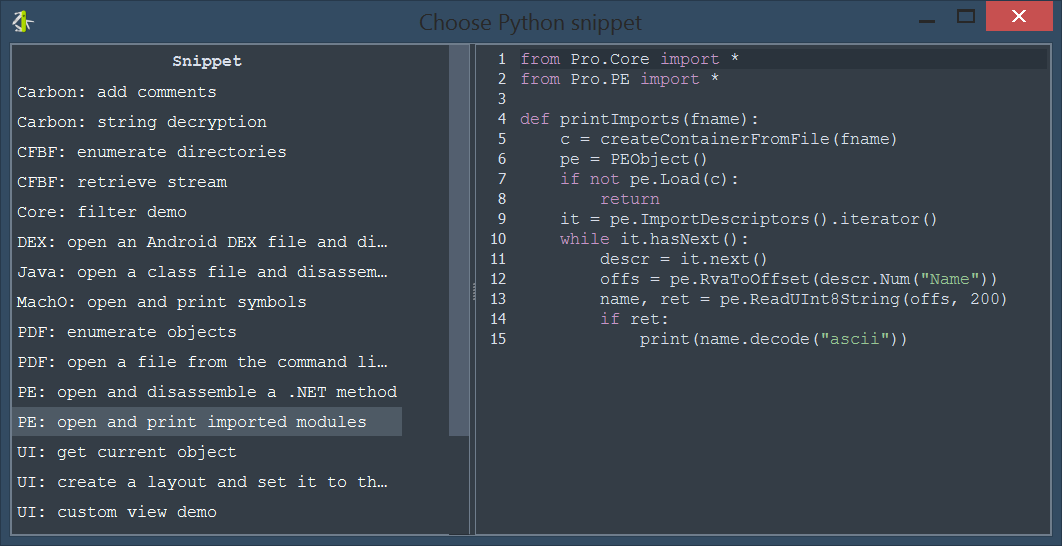 This is especially useful to avoid looking up the SDK even for simple things and in time the selection of snippets will grow. 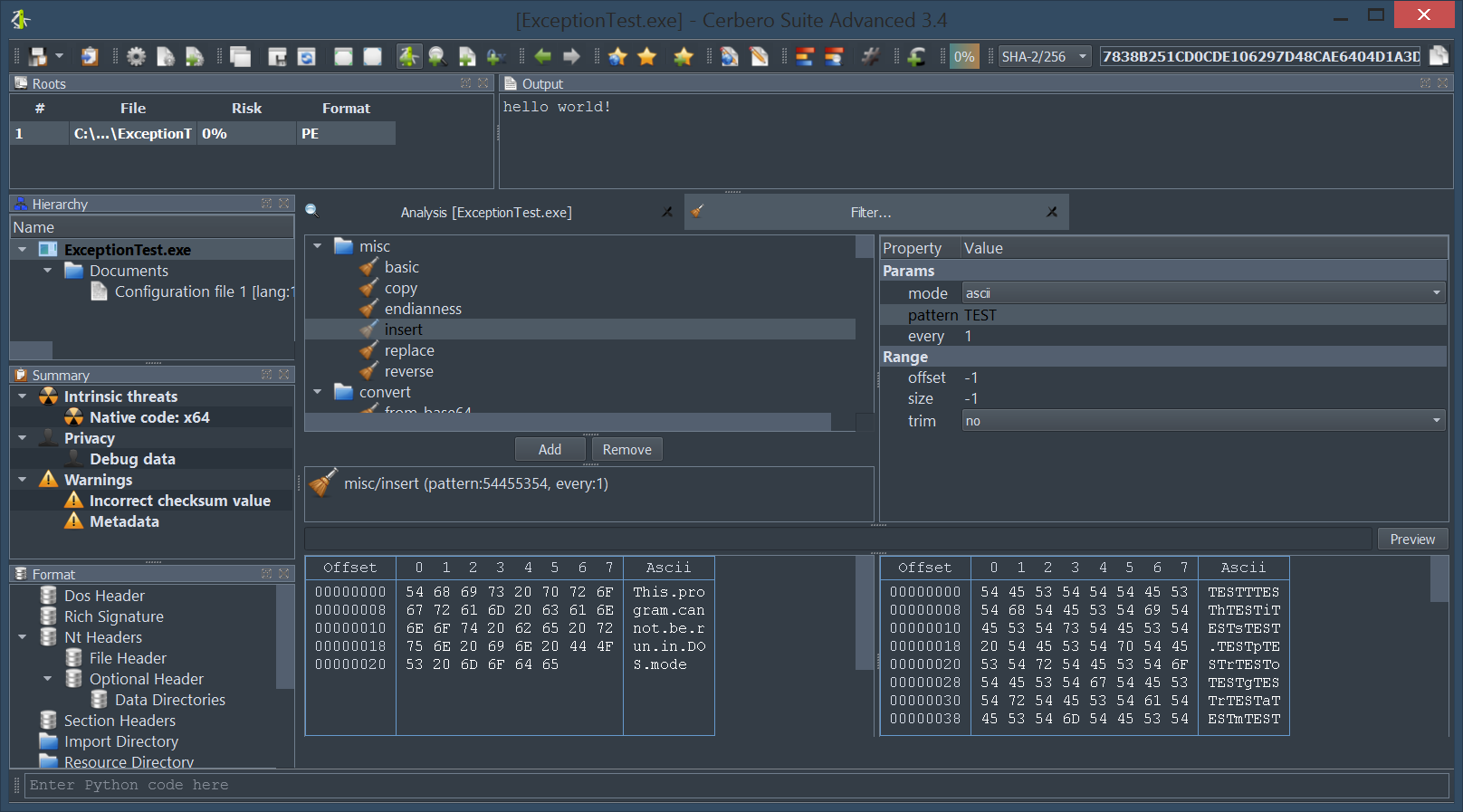 I personally played many CTFs using Cerbero Suite before working on this release and the improvements are directly related to that. I hope that our users will enjoy these improvements as much as we do!