Version 3.1 is out with many improvements! The main news is the support in Carbon for ELF files and the improved deployment of the Linux edition.

Here we can see an ELF x64 file in Carbon. As we can see we have an entry point with a call to __libc_start_main. 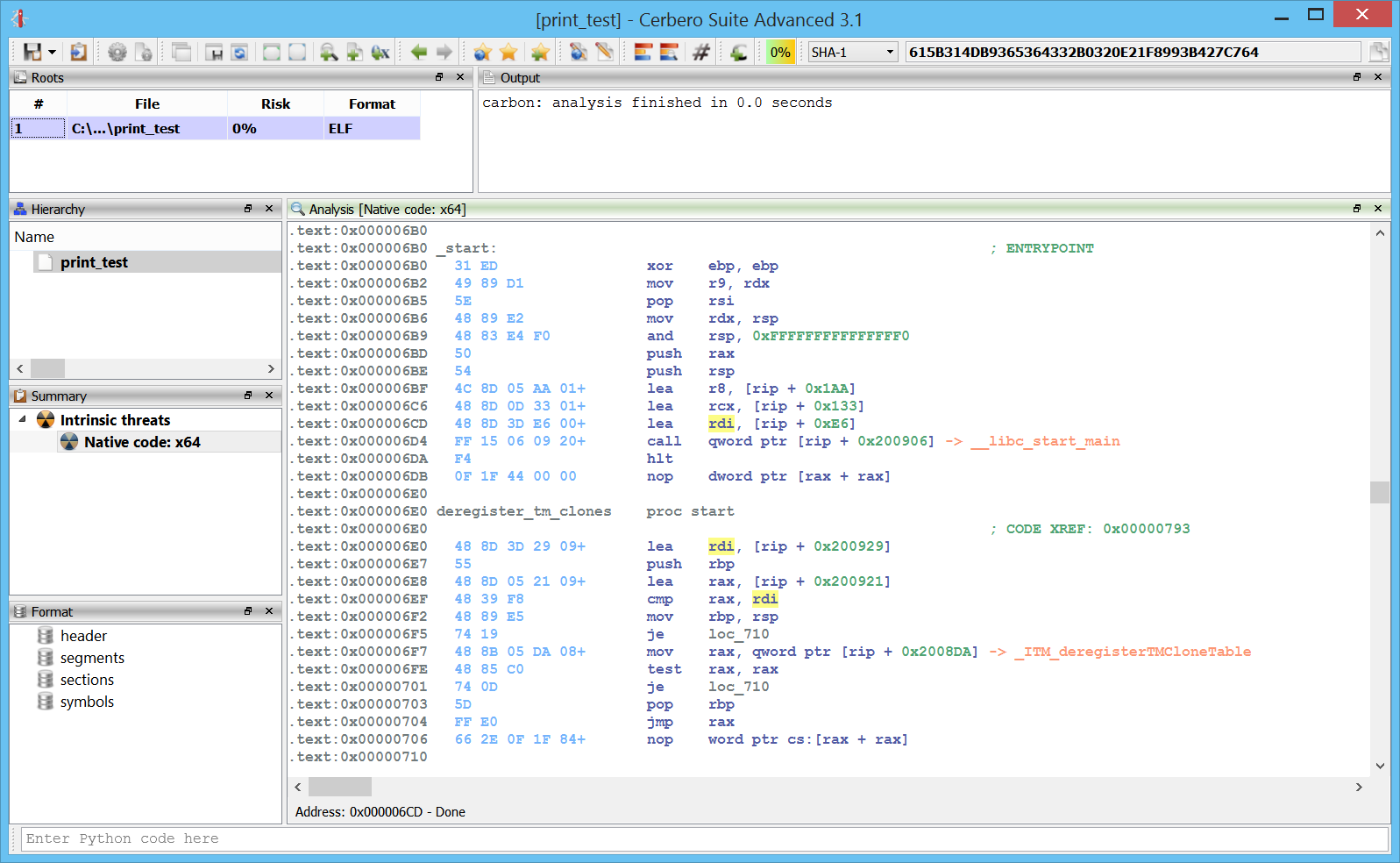 We can follow the first argument which will bring us to the main function. 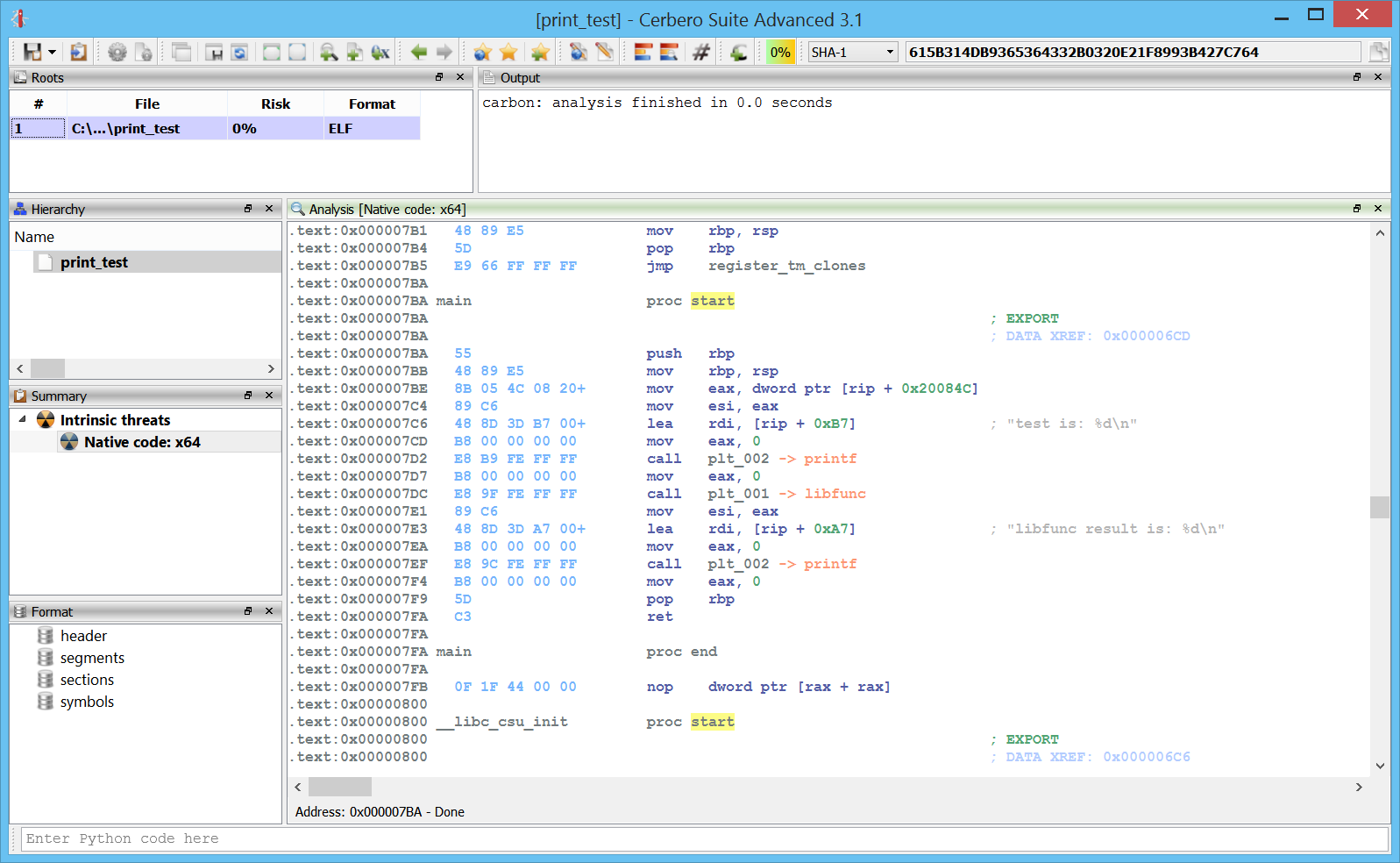 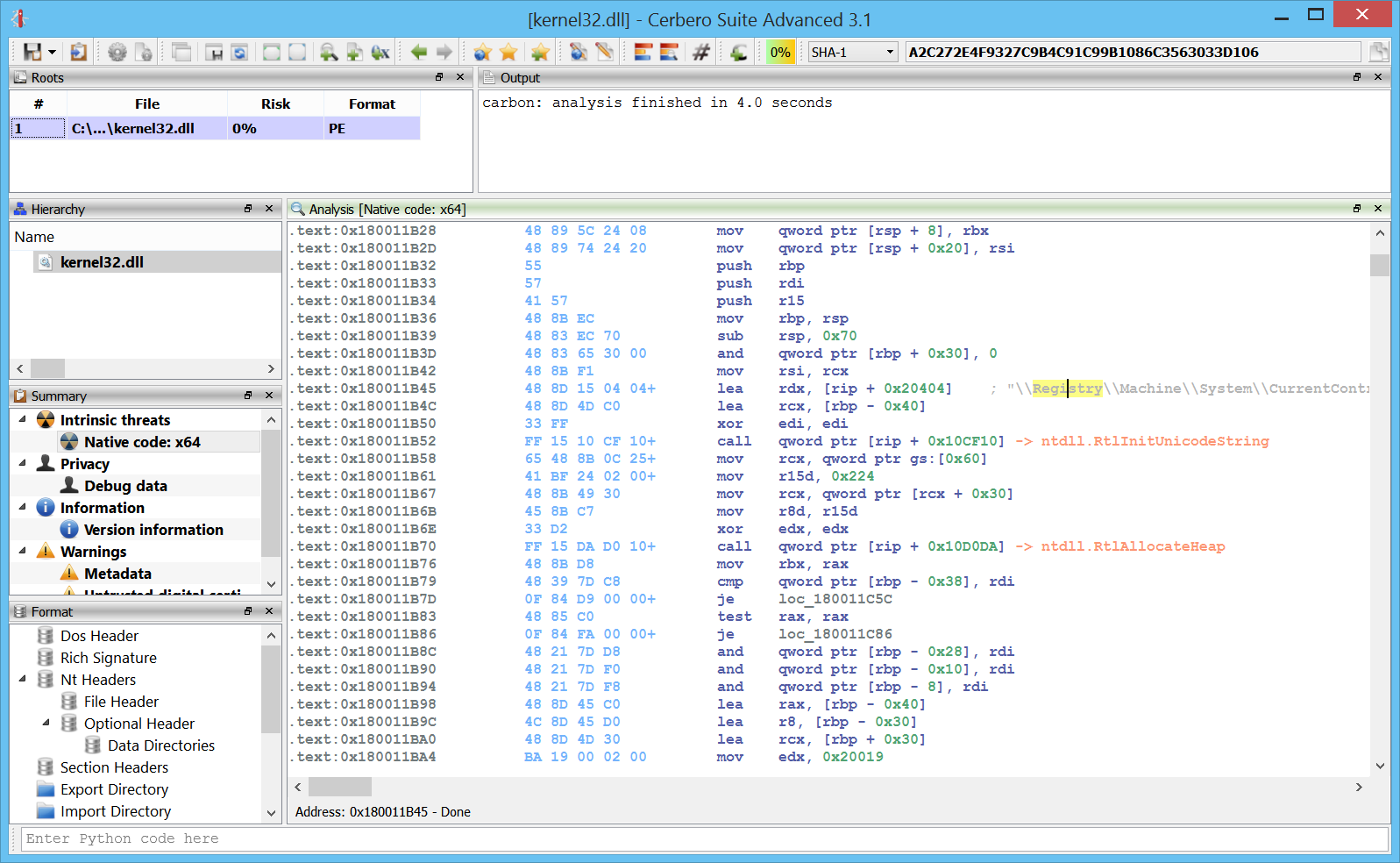 It is now possible to open the hex editor from the disassembly. To demonstrate this feature I crafted a small executable which asks for a password and prints an error message if the password is wrong. 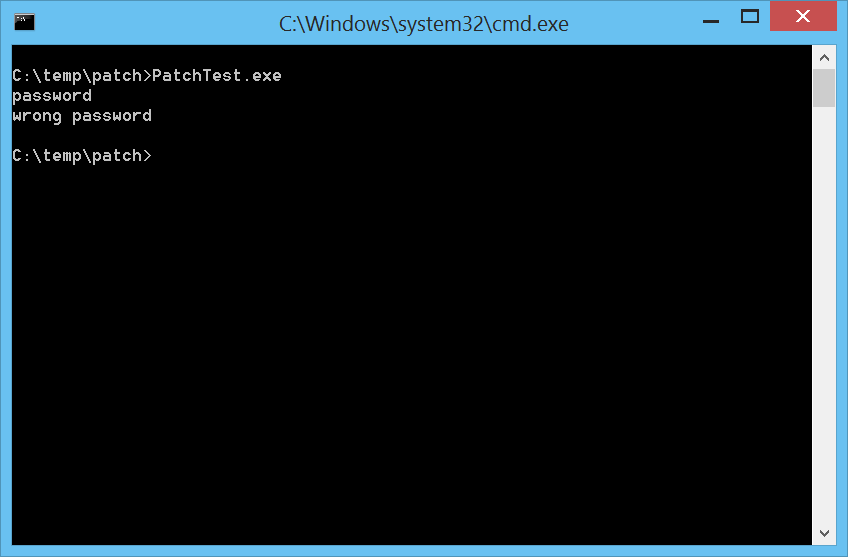 We can easily find the “wrong password” string in Carbon by pressing Ctrl+5. 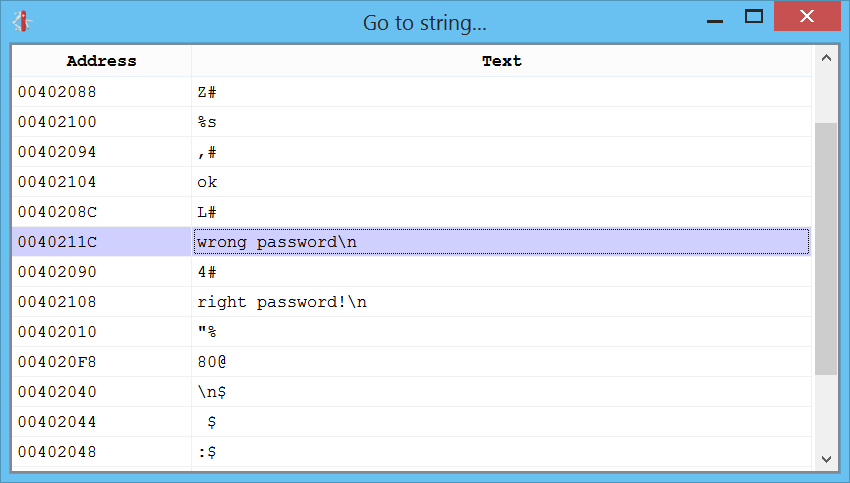 Right before the referenced string, there’s a scanf followed by a strcmp. 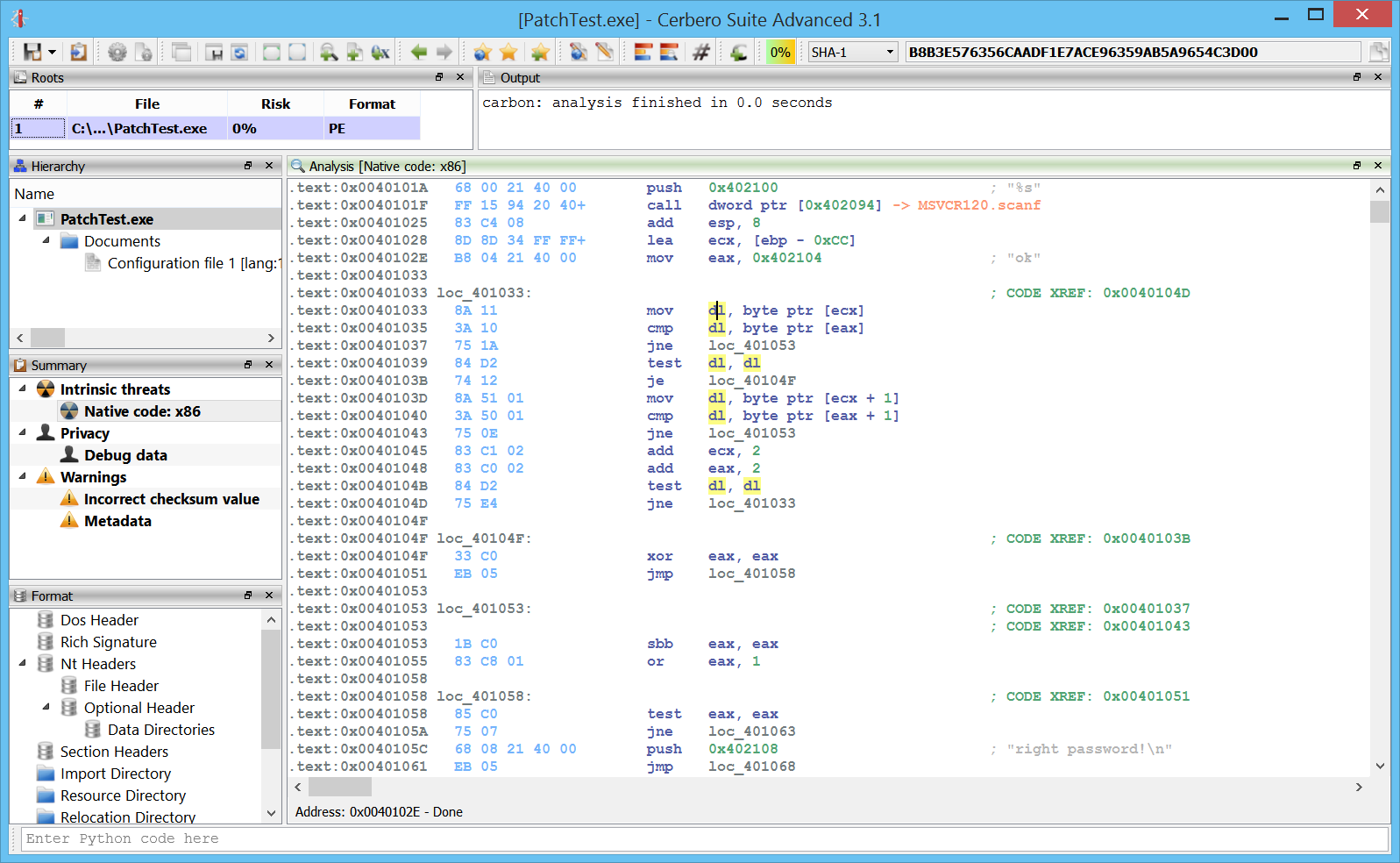 We go to the jne which evaluates the result of the strcmp and we open the hex editor from the contextual menu. It will ask us to open a file (it must be a copy of the file we’re analysing). 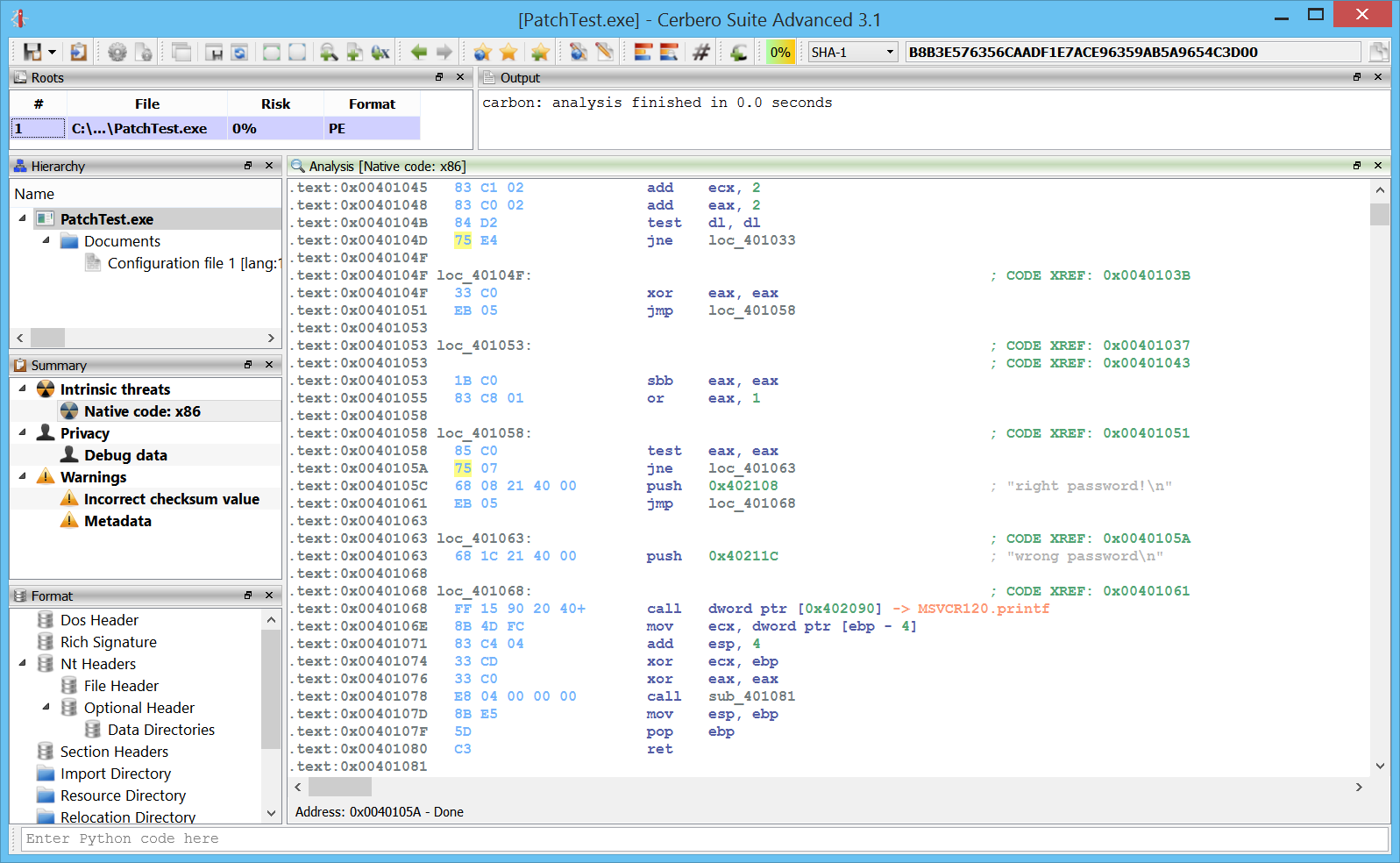 We can just nop the two bytes representing the jne and then we save the file. 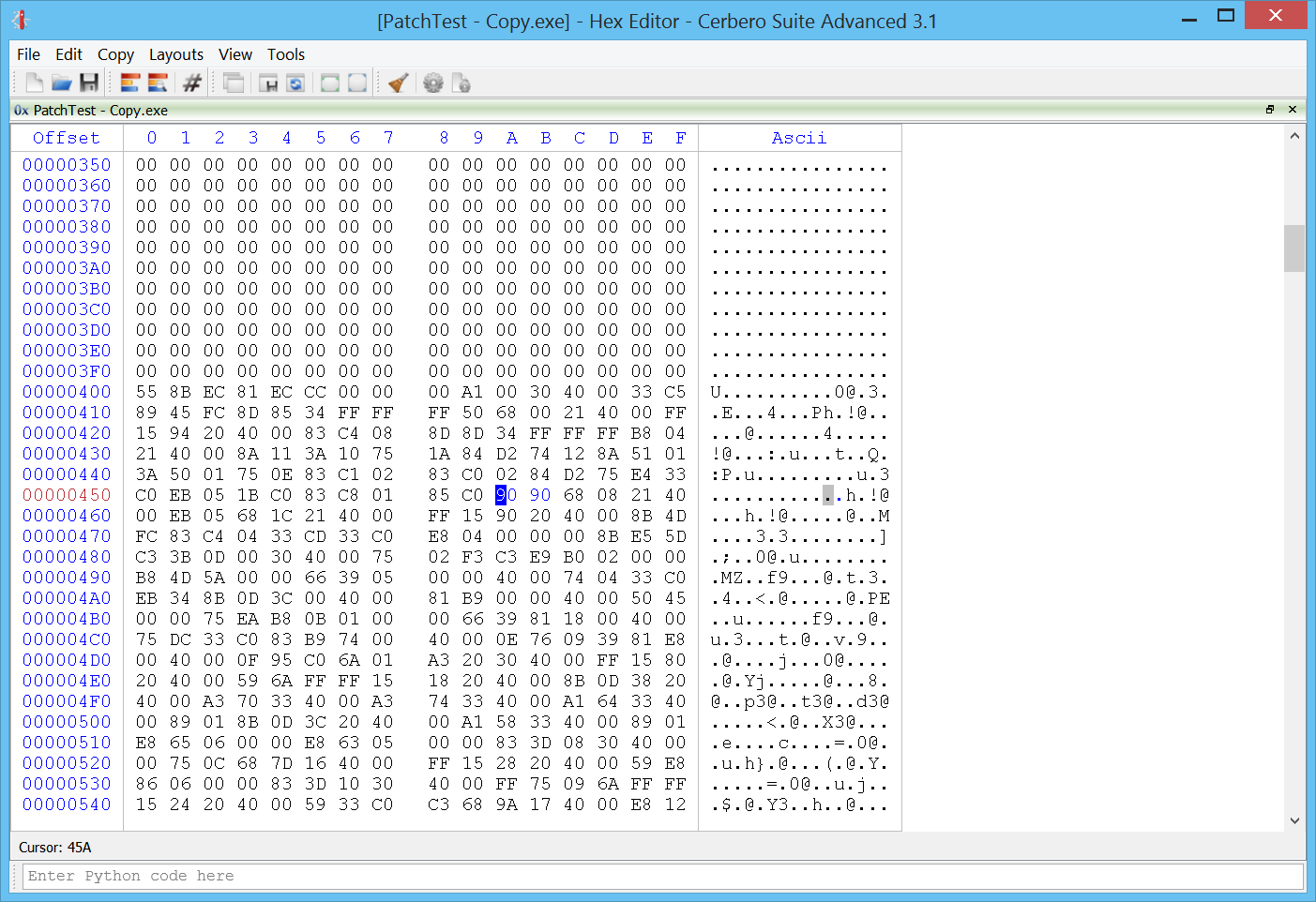 Whatever password we insert now, it will be accepted. 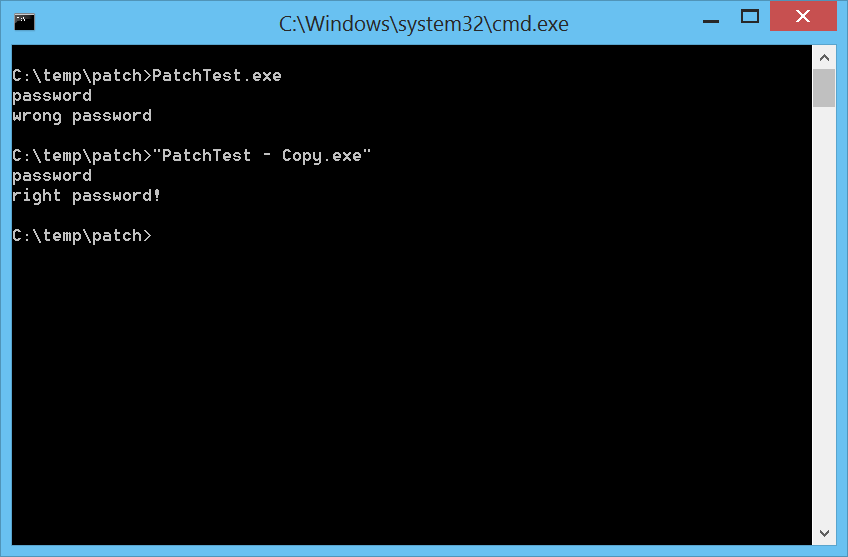 While filters are already accessible from hex views, it is now possible to access them from Carbon as well.

Let’s take the same sample analyzed in the previous blog post with xored strings. We select on of those xored strings and we open the filters from the contextual menu or by pressing Ctrl+T. 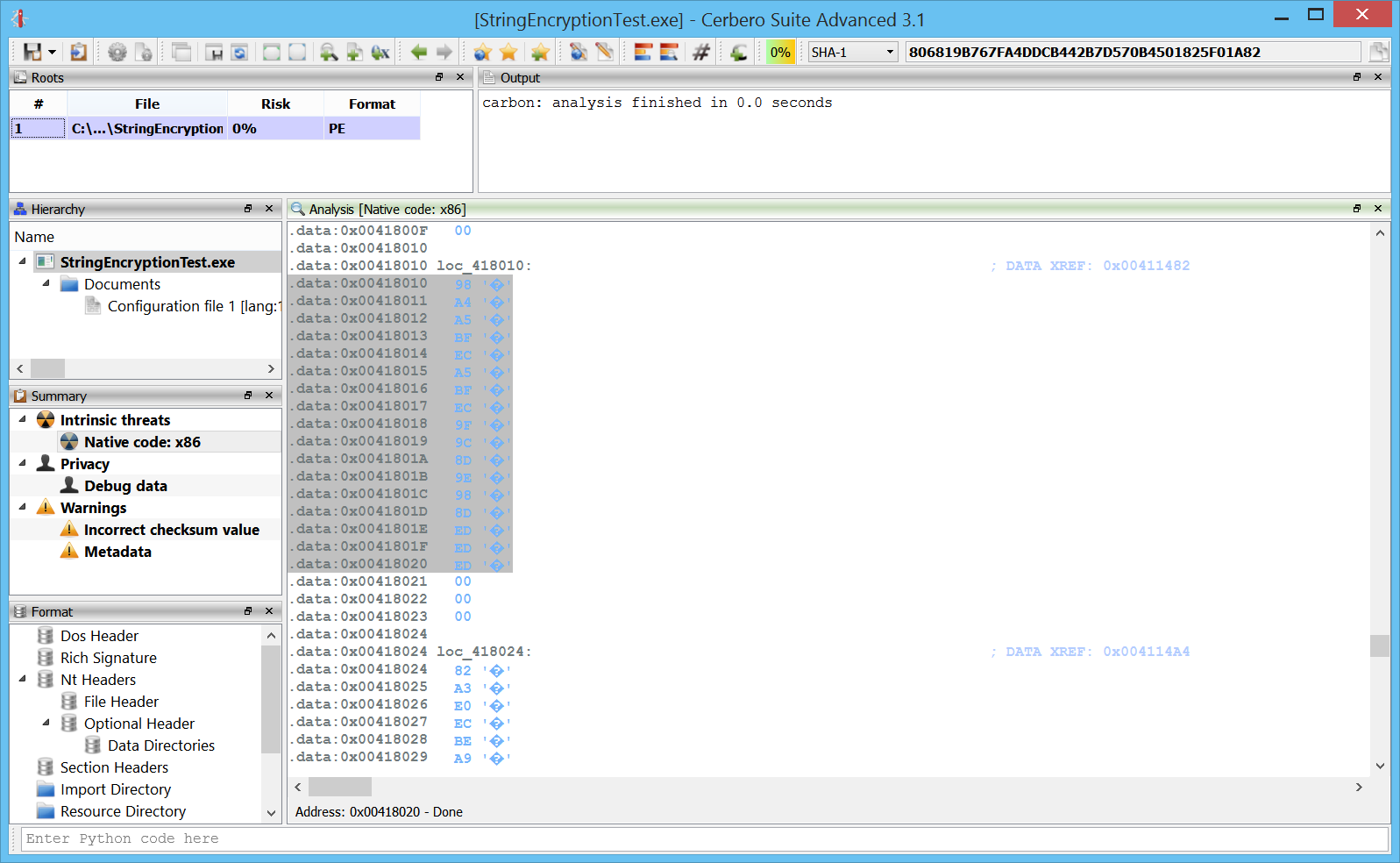 We can now test out a filter on the selected bytes. In this case we simply use a xor to see the string in plain. 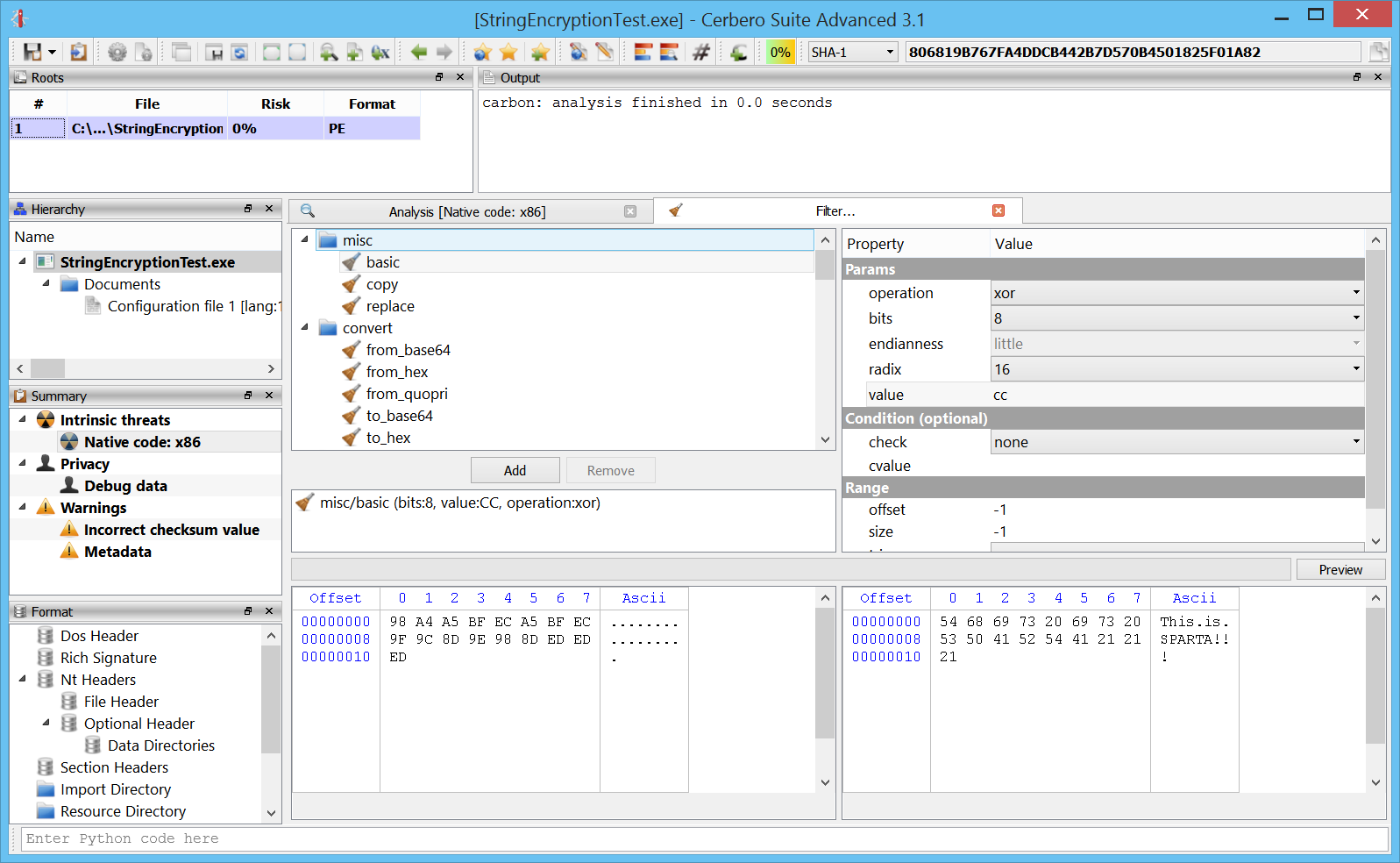 The Monokai theme has been added to Carbon. 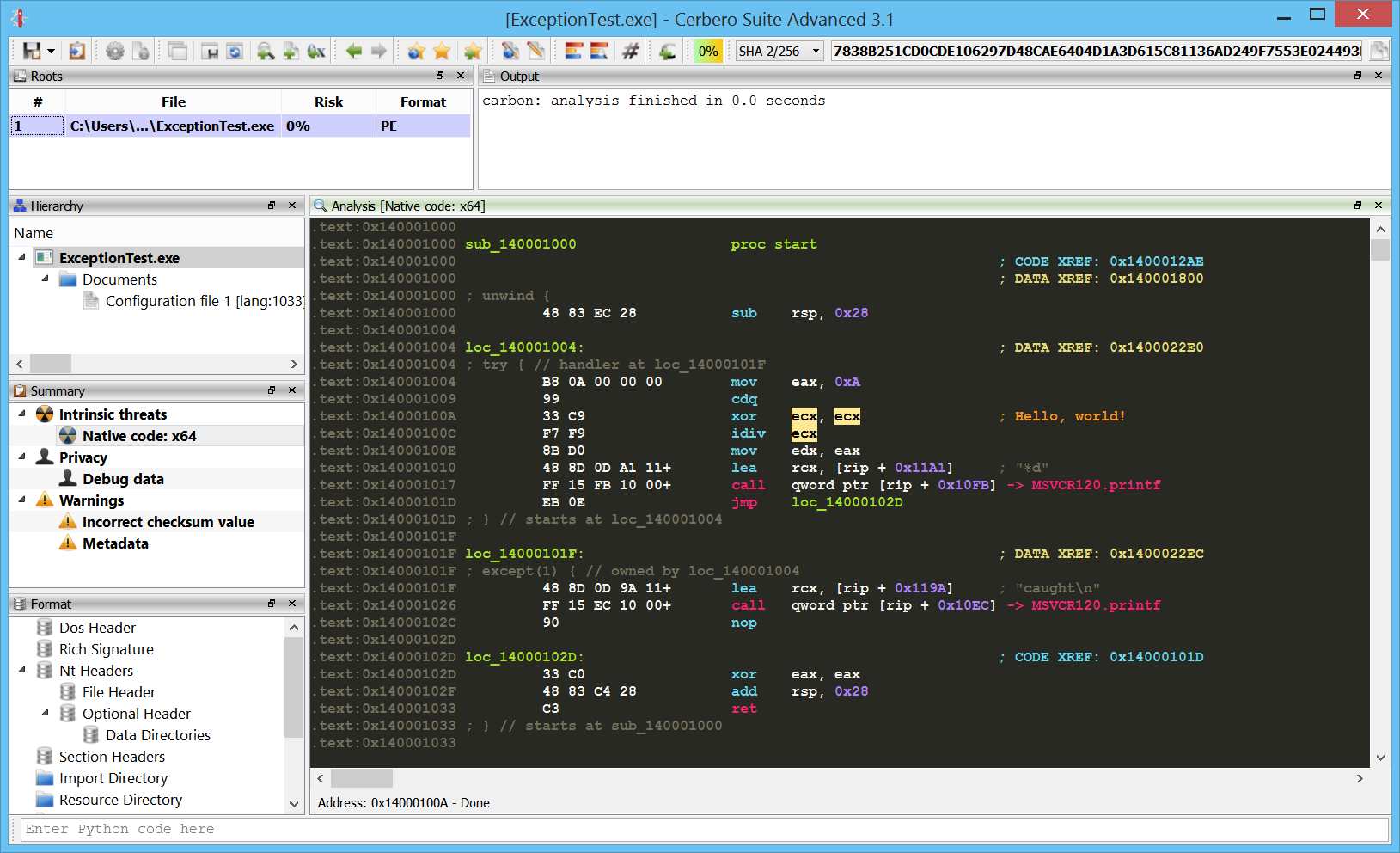 I have been using this theme for some development projects and wondered what it would look like in a disassembly. I don’t know about you, but I like it… 🙂

While it has always been possible to trigger the full-screen mode via Ctrl+Alt+F, now there’s also single-view mode which can be triggered via Ctrl+Alt+S. 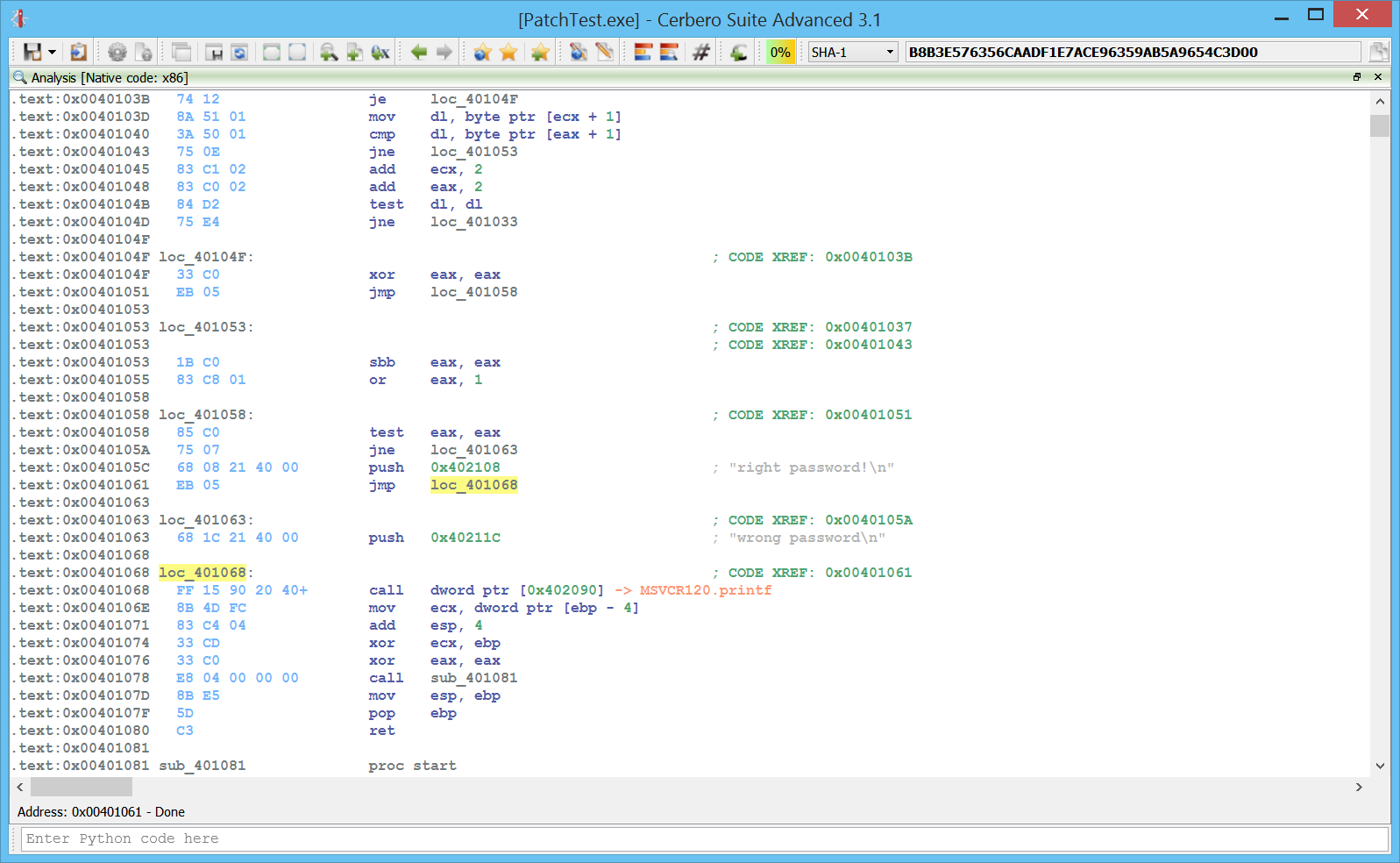 The Linux edition has been drastically improved by simplifying its deployment. As a result it should now be compatible with many more versions of Linux, without having to adjust dependencies. It also comes with a built-in Python distribution, just like the Windows edition.

The disassembly in Carbon has been improved so that it now shows import forward calls. Let’s take this simple call to __crtTerminateProcess. 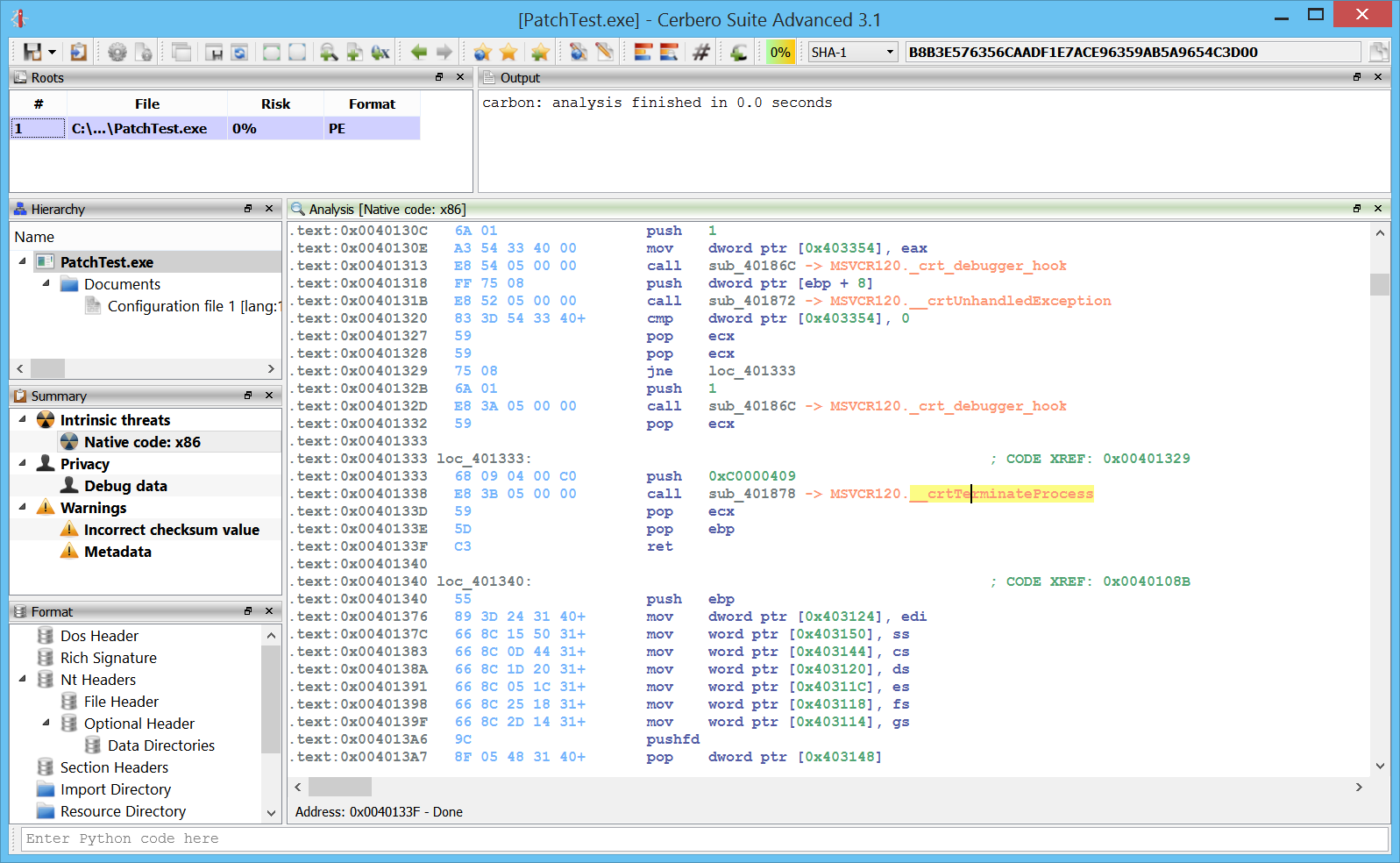 If we follow the call, we’ll see that it just calls a jumps which in turn jumps to the actual API. 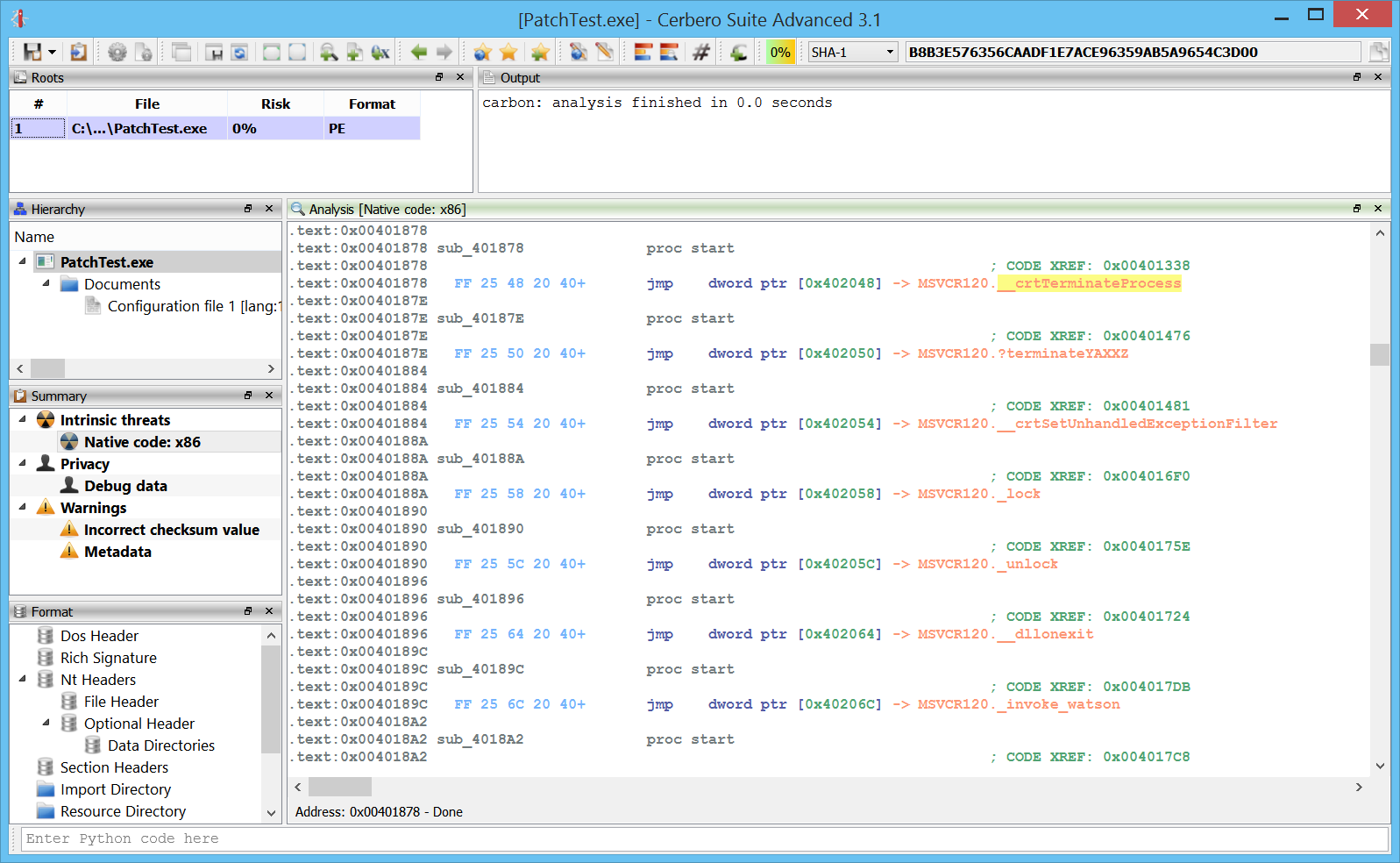 These sort of calls to jumps or jumps to jumps are now automatically resolved to improve the readability of the code.

The hex workspace comes with a number of small improvements, but mainly the initial layout doesn’t show the output view by default.

We hope you enjoy this version as we’re already working on the next one and I can’t wait to show you some of the cool things we’re working on. 🙂